Posted on September 30, 2014 by ChicagoAikidoClub 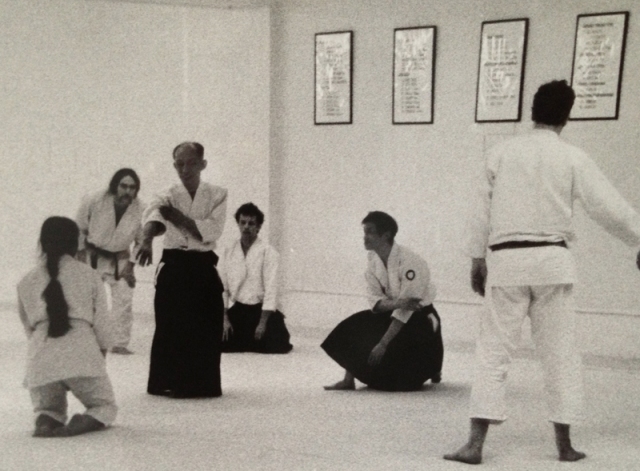 As part of a special karate class Takehara Sensei will talk about the mental aspects of budo, the fundamentals of Aikido and Ki energy. Also expected to be in attendance is Mr. Shojiro Sugiyama, former head of the Japan Karate Association of Chicago.

The class will be held at the Ravenswood Shorin-ryu
Karate Dojo at the Ravenswood Fellowship United Methodist Church four blocks from the Chicago Aikido Club at 4511 N. Hermitage. (Ring the Gym bell at the door)

Doors open at 7pm.
Please show up prior to 7:30pm.
Visitors should bring their own bottles of water as RFUMC is not equipped with a functioning drinking fountain.

Chicago Aikido Club is non-profit organization dedicated to the free and creative exploration of Aikido in all its aspects – martial, physical and spiritual.
View all posts by ChicagoAikidoClub →
This entry was posted in Events and tagged Jo Takehara, Ravenswood Shorin-ryu Karate Dojo. Bookmark the permalink.